The Texas Longhorns stand between your Baylor Bears and a 5-0 record.

Texas has officially announced that WR/RB Daje Johnson WILL PLAY today, while OT Desmond Harrison will not. Honestly, the latter would probably have a bigger impact on this game than the former.

There's probably 50 recruits in the house for Texas today. Let's hope our Bears give them quite the show.

The game is on ABC. Here's the coverage map again: 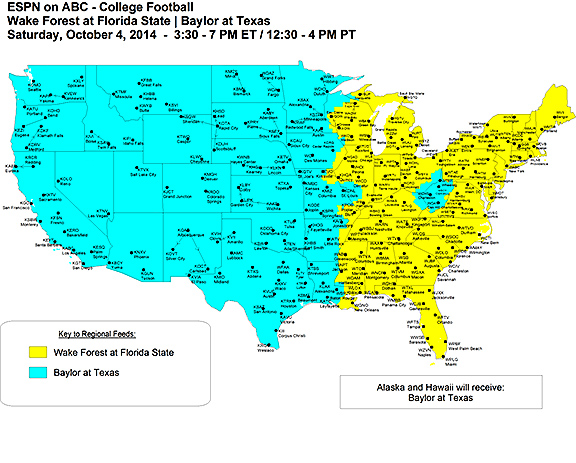