What It's Like When You Miss a Baylor Game

Though I had a pretty dang good excuse ...

A few of you noticed that I went MIA for the the last two weeks. Well, getting married in a city you don't live in and then Honeymooning in another country will do that to you.

However, before you get upset at me for being an ODB contributor not being able to watch the Baylor vs. ULM game on account of, well, living the life and cave exploring with my new wife in Mexico, I will present to you my Groom's Cake as a peace treaty: 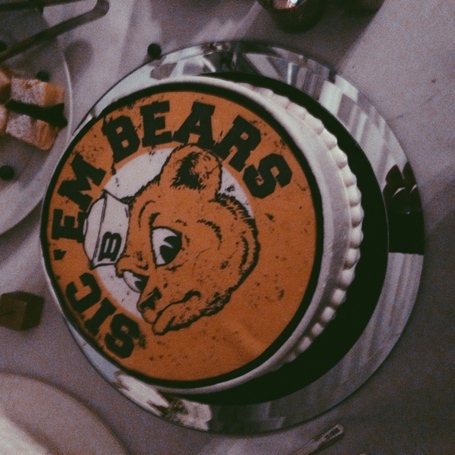 Now. On to this post's namesake.

My wife and I walked back into our resort from exploring said caves at about the time Lache Seastrunk waltzed 75 yards into the endzone. As soon as we walked back into the lobby with WiFi my phone buzzed to give me that particular alert and I thought, "well that can't be bad, what's the score?"

Missing a Baylor game is about like missing out on a YouTube highlight reel. I took a brief look at the drive chart when we got back to our room and realized the insane precedent this team is setting for itself.

With all that has been said this week about the team's overall output, it's hard to add anything of note. As of writing this, it is 4:46 on a Tuesday afternoon and somewhere, somehow, Baylor has scored another touchdown in the blink of an eye. Everyone can point to the lackluster competition all they want - no one in the country wants to face the Art Briles' homegrown machine of destruction. The insane precedent is there, and I, for one, am pumped to see how the rest unfolds.

Now that I've gotten my football post off my chest, I'll leave the rest of the season's to the experts (except for the .GIFs of course) and I'll announce that tomorrow will feature the first basketball preview of the year! So be excited, because while our football team is killing it on the field, our basketball team should be formidable on the court. Also - don't be too angry with me posting about basketball during football season, just ignore me if you wish.

Sidenote: Huge props to mileskelley for the .GIF reactions post while I was out. Hilarious!