Another Baylor homecoming in the books. It was a great week capped by a great game on Saturday.

Share All sharing options for: Homecoming News and Notes

Another Baylor homecoming in the books. It was a great week capped by a great game on Saturday. I had a lot of the same experiences while also a few different ones. It was the same as last year because it was great to see people come back from wherever they have moved on since graduation to partake in all of the activities homecoming provides. It was different because, A) I had to work on a float and spent 15 hours at our float site this week doing so, and B) because this year's game wasn't really ever close or in doubt from the get go. Sure, last year the Bears beat the Jayhawks by a final score of 41-14, but at halftime the Bears only led 20-14 over a Kansas team we all know that Baylor should have handled easily. This year, though, the Bears were up 37 by the time the game was half way through. No need to question anything about that.

I didn't attend mass meeting this year for the obvious reason of me being a sophomore, but I know last year it made me want to step out on the field in my green and gold for Baylor more than anything else. Hopefully it had the same affect this year.

The bonfire, as always, was awesome. So much heat comes off of that thing it is ridiculous. But it was still a sight to see. I love the fact that there were stakes in the bonfire this year holding up the letters ISU. I don't remember if there was anything like that last year against Kansas, but if there was not it was a really cool addition that I hope becomes tradition. Also, fountain mall was packed for this. I cannot be certain, but I would say that there were more people there this year than last year.

The homecoming parade meant a lot more to me this year. Now I understand what people go through when they help build a float. Basically, there is everyone with a normal budget building floats, and then there is KOT, who brought home Judge's Choice and People's Choice, while Kappa Alpha Theta and Phi Kappa Chi brought home the Class A award. Personally, I really liked Pi Kappa Phi and Delta Delta Delta's float, but I guess I have a pretty bias opinion on that considering I helped build it. Aside from the greek floats though, there were a lot of cool things going on in the parade. Holly Tucker performed along with a couple of other bands that drove by. There were horses, cub scouts, the homecoming queen and her court and more. It was a good showing for Theta who, along with garnering their class A winner title, also had their president named homecoming queen. A lot of work goes into that parade, and a lot of people do it a lot to make sure it is something everyone can be proud of.

Lastly, the game was awesome. There's only one problem with Baylor football right now, and that is that too many people want to see them play in person. 500 or so students apparently got turned away at the ticket office, I know some people that did and they were not very happy about it. The thing is, I don't know why these students waited until right before the game was starting to get their tickets. I get mine a couple days in advance at the SUB to avoid having to wait in any sort of lines outside of actually getting in the stadium and then funneling my way to to my seats. Also, the fact that these students got turned away is no joke, there was barely anywhere to sit in the student section, and it stayed like that for the majority of the game. That's something I really like to see and really hope I get to see two more times.

Baylor showed out on the field Saturday, and they were firing on all cylinders in all facets of the game. Offense? Dominant as always. Defense? Smothering. Special teams? Added two more touchdowns to best offense in the country. There is a buzz around here about Baylor football, and this team is not done yet.

**UPDATE**Here are the only two pictures I have of the floats. The first being that of Pi Kapp and Tri Delt and the second being KOT

I don't know why these are sideways, but these are the best pictures I got during the parade. KOT's was actually really cool and had a magic show theme. While Pi Kapp/Tri Delt honored an old steamboat that used to go up and down the Brazos to play off on the opportunity for sailgating in the future. 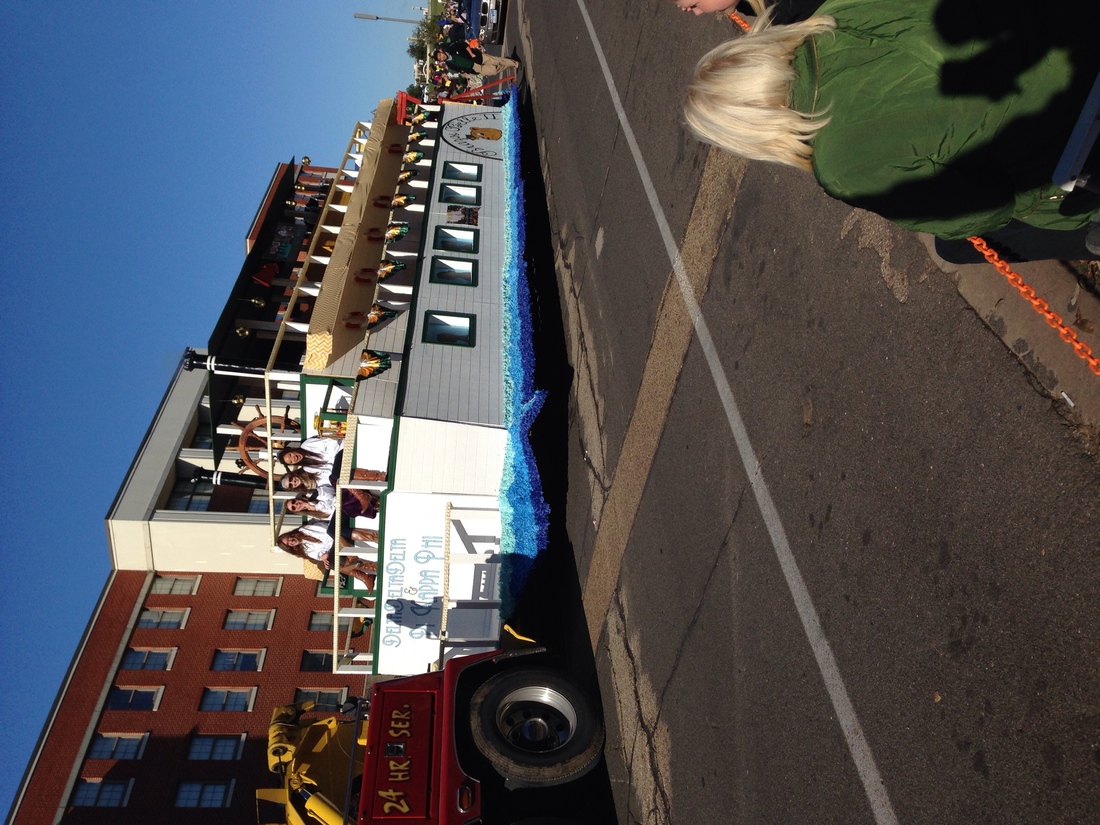 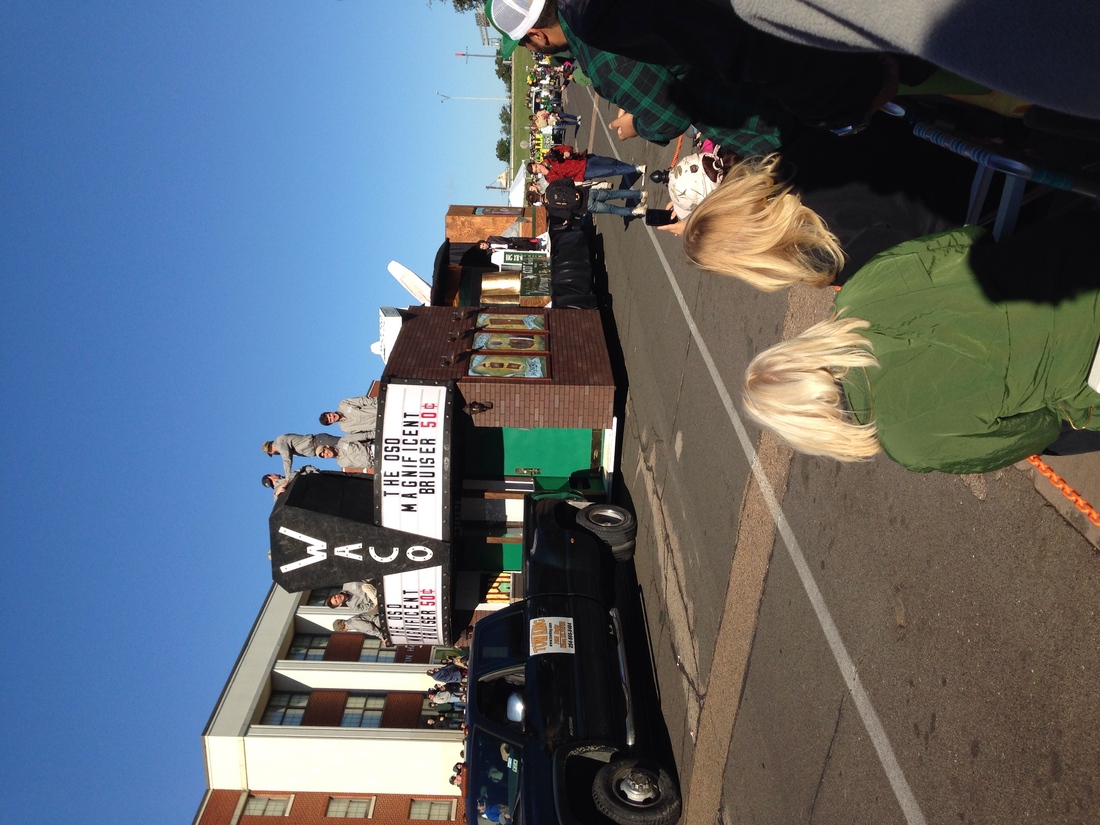