Rumors are swirling now on twitter that Baylor will announce a massive donation from former Houston Astros owner Drayton McLane as the lead gift for Baylor's new football stadium to be built next to the Brazos River.

Here is the tweet from John McClain of the Houston Chronicle that started the whole thing:

Here is another tweet within the last few minutes from David Smoak of ESPN 1660 in Waco:

The official announcement or release about Drayton McLane's gift to Baylor athletics will come at 1:00, but there wi still be work to do.

We can use this thread for any more breaking information up to the point that Baylor actually does whatever they intend to do today. This news is largely a formality given what we've been hearing for months about the stadium project, and as Smoak says there will still be considerable work left to do in terms of fundraising. Projects like this basically require a bellcow, though, and it seems like McLane has and will continue to serve in that role. If Baylor releases the actual dollar amount of McLane's donation (several places are reporting something in the neighborhood of $65 million as of this moment), it will give other possible financiers a better idea of what they might be expected to give and how much Baylor still needs. There is no downside here, to be sure.

I've put all of the released renderings I know of for the stadium below the jump just to remind people what the plan supposedly calls for it to look like. They are from this post I did in November about the stadium. 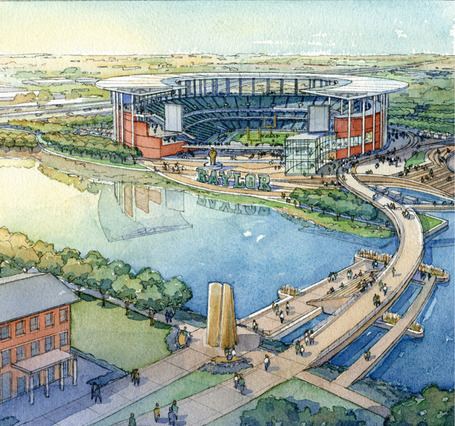 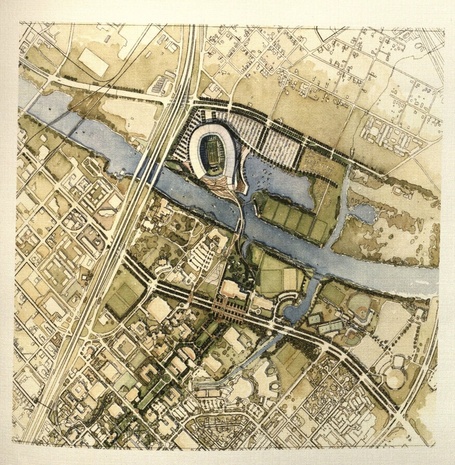 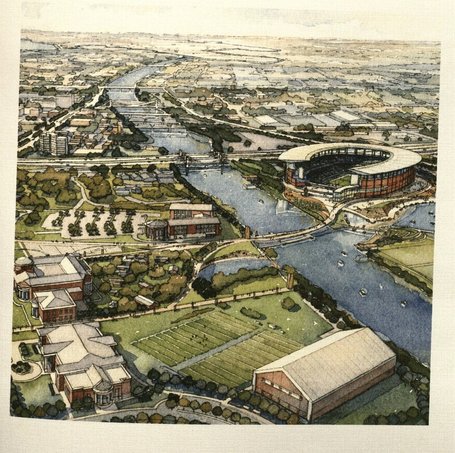