Share All sharing options for: March Madness Update: Baylor Receives the #3 Seed in the South Region

CBS's Selection Sunday show is still ongoing, but Baylor's seed was already announced in the first wave. I'm not going to lie, this is as tough a draw as we could have possibly received with Duke as the #2 and Kentucky, the overall #1 seed in the Tournament, in our region. If neither team gets sniped by a lower seed, we'll have to beat both consecutively just to reach the Final Four. 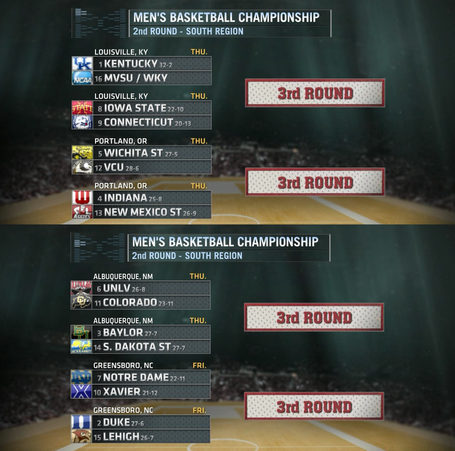