Press release after the jump. I'm working on getting us some pictures. Here's the first picture, with more cool training pictures after the jump. Yes, he is wearing pink socks. <3 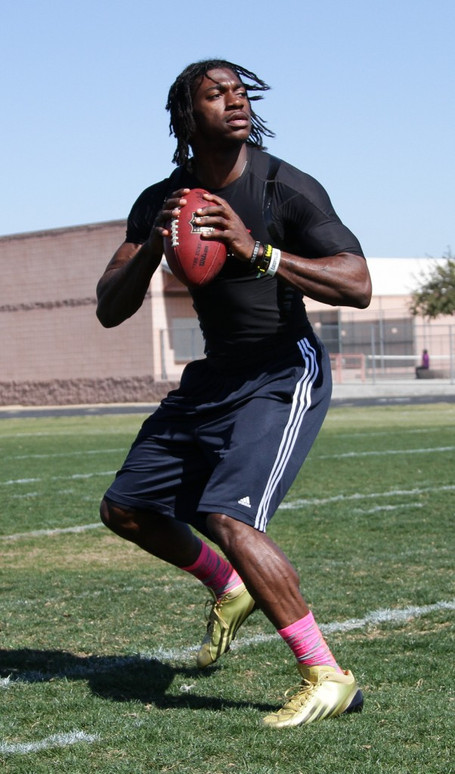 "adidas is a perfect fit for me," said Griffin III. "They are always focused on the athlete first and that’s important for the way I play and the way I train. I’m excited to be part of the adidas family."

"Robert Griffin III is an athlete first and we respect everything he brings to the game," said David Baxter, vice president of Sport Performance for adidas America. "His team player mentality, strong leadership on and off the field and genuine character combined with explosive and dominant athleticism make him a perfect fit for our brand. He’s clearly a great football player but, importantly, he’s a great athlete."

Griffin III will be featured in a variety of adidas marketing initiatives this year and will play a role in the development of football, running and training apparel and footwear, including the lightest in class adizero collection.

adidas develops high-performance and lightweight footwear, apparel and accessories for some of the greatest athletes and teams including more than 70 collegiate football programs and NFL Defensive Rookie of the Year Von Miller of the Denver Broncos, Pro Bowlers Jimmy Graham of the New Orleans Saints and Frank Gore of the San Francisco 49ers, DeMarco Murray of the Dallas Cowboys, Eric Berry of the Kansas City Chiefs, Reggie Bush of the Miami Dolphins, Mario Williams of the Houston Texans, Lawrence Timmons of the Pittsburgh Steelers and C.J. Spiller of the Buffalo Bills. 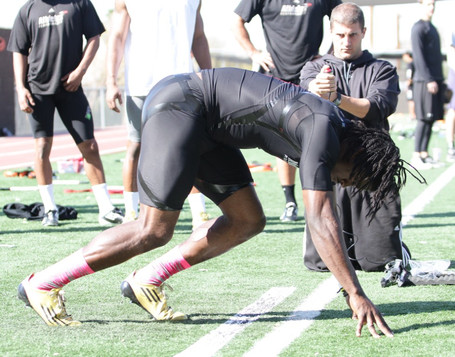 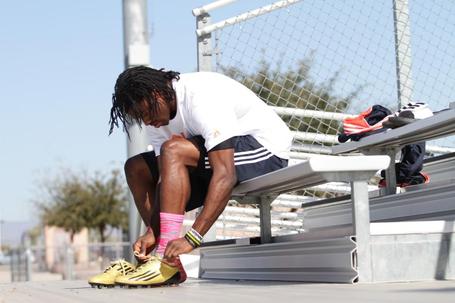