Baylor scored on their second play from scrimmage and, early on, it looked like Baylor would coast to the win and RGIII would get to significantly pad his stats. Instead, between the rain and poor LB and DB play, UT came storming back scoring 21 straight points and leading 21-14.

In the end, while Baylor's defense gave up some mind-boggingly bad plays to UT today, they also got 4 interceptions and 2 fumble recoveries to give the always excellent (especially at home) Baylor offense more opportunities. I'm not sure RGIII got the yards he needed to convince those who were on the borderline regarding his Heisman candidacy. Still, I expect the win today will at least get him into the conversation. Hopefully from there, his truly ridiculous statistics will put him over the top.

RG3 hit 10,000 passing yards today, making him one of 3 FBS players (in BCS conferences) to throw for 10,000 yards and running for 2,000 yards. Currently second, I'm guessing that he will finish the season with the best QB Rating in the FBS. Also, his 45 TD's shouldn't hurt. 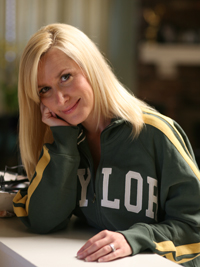